Get fresh music recommendations delivered to your inbox every Friday.
We've updated our Terms of Use. You can review the changes here.

from Global Swarming (Swarm 4) by the MurderChord 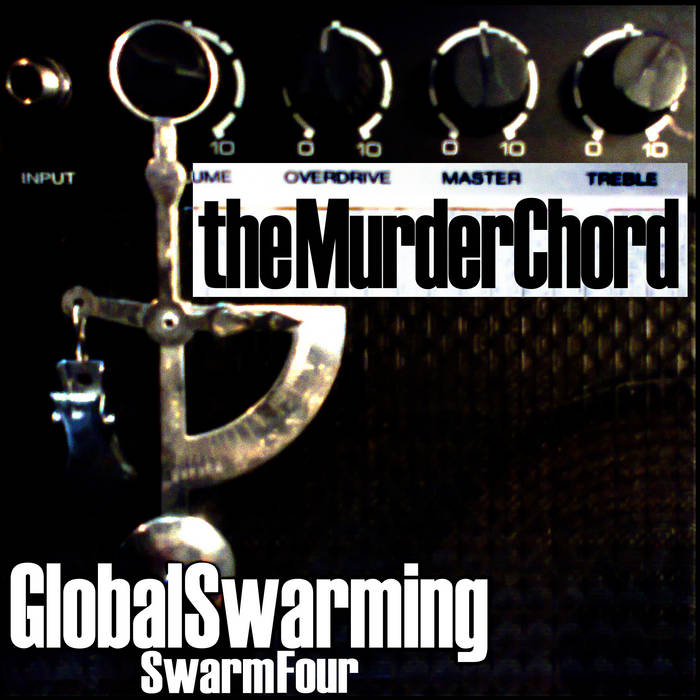 the first album has a song called 'fresh zombies are the fastest' which was written from a dream i had about getting bitten by a zombie (amongst other things) this song carry's on from where that one left off, and is sort of written from the zombies perspective. - the last sections vocals weren't finished when we recorded it, so this is one of only two times on this record that iv overdubbed anything, and you can still hear me trying to make shit up in the backround, which must have spilled through the drum mic's or something. The intro was long and boring, so i fired some random B-grade zombie movie samples on there, as ya do.

i was bitten in a song not long ago, i was skiting about how fast and fresh i was, but when your the walking dead, you have to walk on forever, and sometimes eating some brains is the only way to feel better.
and as i start to decay, of course, my memorys fade, i start to talk, but there's only one thing i can say, and every body starts to look the same, like a nervous trembling sack of glands and brains, the clock stops spinning at 6:66Am (thats dancehall time, again)
and i wonder did you notice/know you left your blood on my old clothes
and it seems like such a shame to have to rip your head off to get at your brains.
and now im slower than ever, and i cant look at you the same
and although you used to know me, you'l have to sever my head, or destroy my brain, cause the stench of death it rattles you in your skin, a violent end, and unexpected new beginning, that shotgun it should have killed me, instead it just left me limping. but soon we'll be like long lost relatives, with nothing to loose, and just a little to gain.
mmm.
brains.

Punkrock on a piano.